Logo and logo design play a vital role in the branding and marketing of products and companies. This is the reason why choosing a logo is a rigorous process to be able to create something that will represent your company or products well.

Wherever we go, we will always come across a few famous logos and immediately recognize the brand. But did you know that these logos sometimes has a hidden message buried in them? It’s surprising, but it’s true!

Check out these 10 incredibly clever logos with hidden meanings. 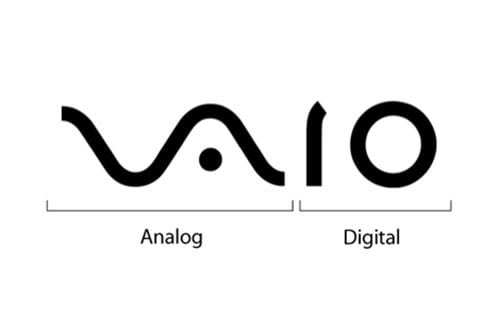 VAIO, Sony’s brand line for its laptops has a logo that refers to  integrating the ideas of analog and digital technology into one. ‘V’ and ‘A’ are used to represent analog waves and ‘I’ and ‘O’  to represent binary from the digital world. 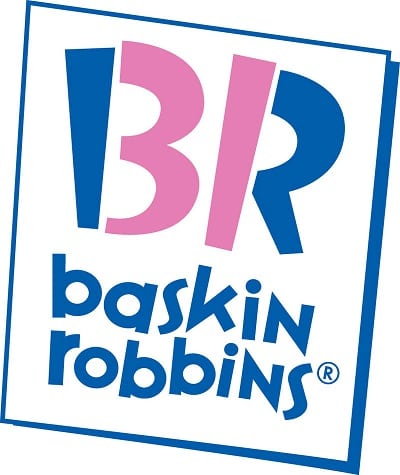 Notice how the BR of the Baskin Robins logo is made up of 2 different colors. Did you see the numbers 3 and 1? These numbers represents Baskin Robbins’ 31 flavors of ice-cream.

“Mitsubishi” is a combination of the words “mitsu” and “hishi.” “Mitsu” means three. “Hishi” means water chestnut, and the word is used to denote a rhombus or diamond shape.

The Northwest Airlines logo has the letters N and W in positive and negative spaces.

Amazon’s logo design is quite simple. But the arrow in Amazon’s logo has another meaning behind it. It is a representation of the wide range of items available for retail by Amazon, from A to Z. 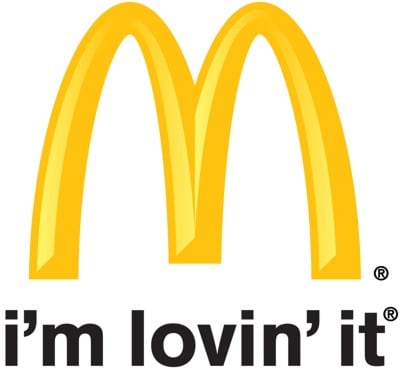 Originally, the golden arches in the logo it really means “M” for McDonald’s and no other meaning is intended for it. In the 1960s, McDonald’s was retooling its image, which included discussing a possible new logo. Louis Cheskin, a psychologist and design consultant hired by McDonald’s urged them to keep the current logo. He said it’s because customers unconsciously recognize the logo as “symbolism of a pair of nourishing breasts” (via BBC). 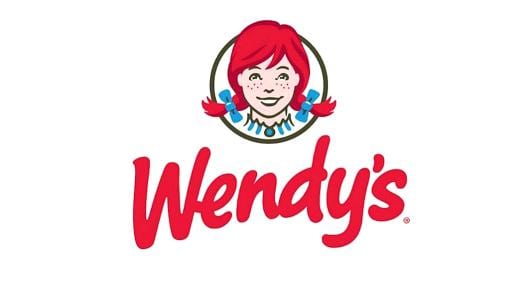 If you take a closer look at Wendy’s collar and you might just see the word “mom.” “This is something you may not notice consciously for years, but unconsciously it will leave an imprint on your brain and you will associate it with the brand,” stocklogos.com wrote.

If you take a look between the legs of the giraffes, you can see New York’s iconic skyline of tall buildings. 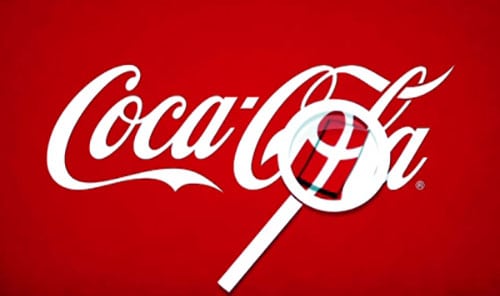 This one is many of the unintentional hidden gems in logos. Hidden in the ‘o’ of Cola is the Denmark flag. Once Coca Cola discovered that part of its logo looks like the Danish flag, they setup a media stunt at Denmark’s biggest airport welcoming customers with flags. 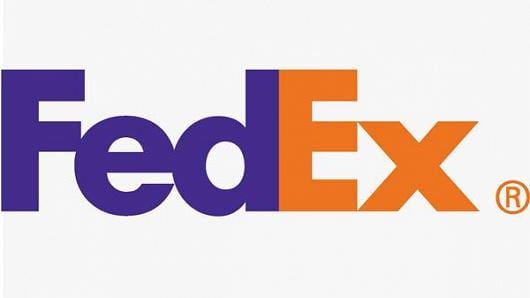 If you take a look between the “E” and the “X,” the negative space forms an arrow. “The arrow could connote forward direction, speed and precision, and if it remained hidden, there might be an element of surprise, that aha moment,” says Lindon Leader. The design has won over 40 awards and was ranked as one of the eight best logos in the last 35 years by Rolling Stone magazine.

These are only 10 of the many logos with hidden meanings. Stay tuned for more!

Clever Logos with Hidden Meanings was last modified: May 13th, 2016 by Marie

Clever Logos with Hidden Meanings
Saturday, June 4, 2016
★★★★★
5 5 1
“Excellent ability & customer service. I could not have been more satisfied with their performance & will use them again.”
- Marc Rovner

Clever Logos with Hidden Meanings
Thursday, September 22, 2016
★★★★★
5 5 1
“Working with Simplio Web Studio was a fantastic experience. The service provided was amazing and professional. It was a delight to work with Nir, who went the extra mile to meet our demands in a timely manner. He really made our vision a reality by creating us a classic site, but moreover the relationship we formed is something our company really appreciates. It was a pleasure working with Nir and the team at Simplio Web Studio. We highly recommend them to all and we look forward to working and doing more business with them in the future.”
- Joe Baj & Chris Callender

Clever Logos with Hidden Meanings
Thursday, September 22, 2016
★★★★★
5 5 1
“From beginning to end, the team at Simplio provided top of the line customer service. The web developers are incredible and made sure we got exactly what we were looking for! They truly went above and beyond to make us happy and we couldn’t have been more pleased with their talents. We would highly recommend them. Thanks so much Nir!”
- Travis Caudell

Clever Logos with Hidden Meanings
Thursday, September 22, 2016
★★★★★
5 5 1
“After over two years of research we chose Simplio. We are so far very satisfied. These people answered the phone on a Sunday and fixed a problem that was not even their fault. It was the host company which I had chosen that had caused our site to go down.”
- Armando Rodriguez

Clever Logos with Hidden Meanings
Thursday, September 22, 2016
★★★★★
5 5 1
“Outstanding in both knowledge and professionalism. Nir and the staff at Simplio are Excellent in branding, web design and overall web presence. Definitely recommended!”
- Peter Prudenzano

Clever Logos with Hidden Meanings
Thursday, September 22, 2016
★★★★★
5 5 1
“They are now part of the Diastasis Rehab business team after working with them almost a year now. I cannot even imagine having another company managing my Presta shopping cart. After a bad experience with a programmer, I needed a new programmer (one that knew prestashop shopping cart) and most important one that I could trust. Finding all three was a difficult process! Lucky for me I found them. I cannot say enough about the diversity of services that this company provides. Every step of the way they make amazing suggestions to increase my sales and they get back to be right away either by email or phone. They have even created a simple and easy check out program for Presta Shop. They are actually a one stop shop! They updated my SSL, are setting up and changing my server to a dedicated one, setting up streaming of my DVD, website design, creating a specific program for address verification on Presta cart and handled the integration of Presta cart with my fulfillment house. I am now working on developing an APP with them”
- Julie Tupler

Clever Logos with Hidden Meanings
Thursday, September 22, 2016
★★★★★
5 5 1
“Simplio really helped me out of a jam. They did exactly what I needed on a very tight time frame (with little notice too!!!!) They are my new go-to guys for any Prestashop needs! Thanks Simplio!”
- Gina Bultman

Clever Logos with Hidden Meanings
Thursday, September 22, 2016
★★★★★
5 5 1
“Excellent service! Nir was exceptionally helpful in solving a lot of issues with our website and making the user experience more smooth. He understood the needs of our school and helped improve the website tremendously.”
- Chaya Tamir

Clever Logos with Hidden Meanings
Wednesday, January 4, 2017
★★★★★
5 5 1
“What impressed me most about working with Simplio was their attention to detail and excellent communication. Not only are they talented developers, but, they are also pleasant to work with and highly professional. Highly recommended!”
- Nathan Manning

Clever Logos with Hidden Meanings
Thursday, October 19, 2017
★★★★★
5 5 1
“What a profissional service Simplio offers.I hired them to rebuild my website for my business and they were creative and professional. Nir was on top of the whole project from day one, until he delivered the project on time. I will defiantly recommend Simplio to anyone who is looking for website services. From creating, designing to maintaining your image online. Good Job Nir and the rest of your group.”
- Tarek D.

Clever Logos with Hidden Meanings
Thursday, March 29, 2018
★★★★★
5 5 1
“Simplio was fantastic to work with. They were fast, communicative and incredibly helpful to me. I highly recommend them to anyone who needs help with their digital needs!”
- KATHLEEN Manning

Clever Logos with Hidden Meanings
Monday, January 28, 2019
★★★★★
5 5 1
“All details and requests were met in prompt an friendly manner. Would recommend on any day to anyone who wants to feel their business is in great hands.”
- Regina Z.