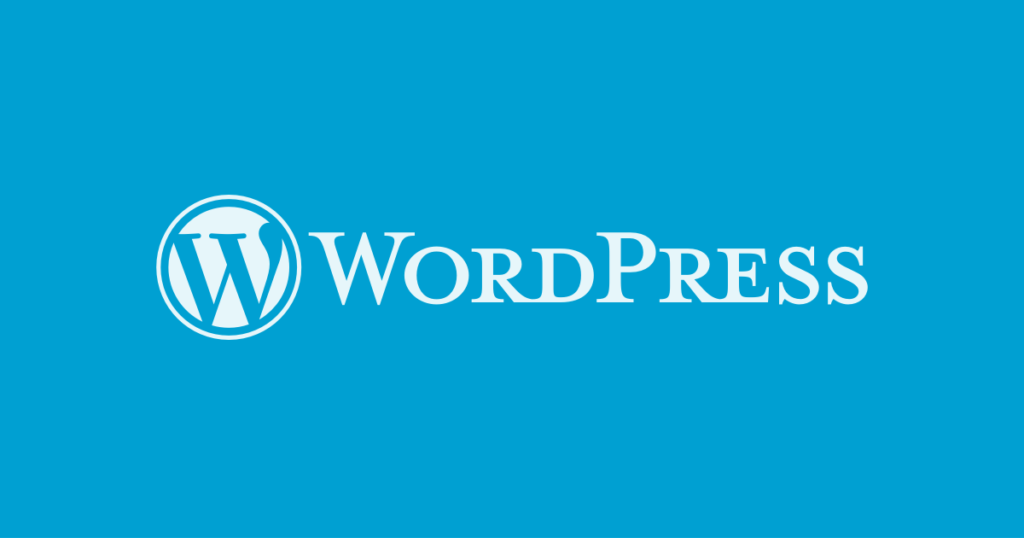 PublicWWW finds the most common patterns of this malware on thousands of sites:

Multiple variations of the injected scripts have been found. For example, when the attackers have access to the WordPress database, they inject the following script into blog posts (wp_posts table):

It loads an obfuscated script, which then loads a sequence of scripts from hxxps://www.learningtoolkit[.]club/link.php, then hxxps://mp3menu[.]org/mp3.js, and eventually redirects to tech support scam sites.

Reinfections of the Same Posts

On some sites, hackers aren’t even bothering to remove older versions of their scripts. You can find multiples scripts injected into the same posts by different waves of the malware campaign.

The obfuscated learningtoolkit[.]club script that begins with “var _0xfcc4=” can also be found in the wp_options table. This happens when hackers exploit vulnerabilities in certain themes and plugins. The most common victims are sites with old tagDiv themesor unpatched versions of the Smart Google Code Inserter plugin.

In the latter case, the malware is injected into the “sgcgoogleanalytic” option where the plugin stores the Google Analytics tracking code.

If the attackers manage to get access to the file system, after uploading backdoors, they try to infect .php and .js files of the compromised sites.

The infection process begins with uploading a backdoor. We find them in site roots, in wp-content/uploads, or within other directories where the exploited vulnerability allows it.

Here are some typical names and paths of the backdoors:

The backdoor saves base64-decoded contents of the “q” parameter into the “cleartemp” file, then includes it to execute. It then immediately deletes the created file.

Second Level of the Backdoor

The code of the temporary files described above is another level of the backdoor. This time, it loads the content of a remote file (p4.txt or tpn2pp.txt) from a server with the IP address 190 .97. 167. 206, and saves it to yet another temporary file with name hjghjerg or minteasd.  It then includes the saved file to execute its base64-decoded code and deletes the file. For some reason after that, the backdoor executes the same code again, this time using the eval function.

Code in the hjghjerg file is responsible for injecting malware into website files. Over time, we have collected quite a few variations:

Currently, the most common version of the new infection injects the “var _0xfcc4” script into all files that have the <head> tag (for example, header.php in WordPress themes or almost any .html file).

The script is injected right after the opening <head> tag and right before the closing </head> tag. A side effect of this attack is that permissions of the infected files are changed to 777 (full permission for everyone). Keep this in mind when cleaning sites – you might want to revert their permission back to something like 644, or even a stricter file permission.

Here’s another variation of the hjghjerg file injecting the same script into any JavaScript files with names containing jquery.

In this case, the malicious script is injected at the very top of the files immediately before their legitimate content.

The find command for the jQuery-related .js files has improved since the August version where we reported a bug that resulted in malware being injected into non-.jsfiles, including WordPress core CSS files.

Coding Style and Dealing with Reinfections

The coding style is very sloppy. There are no checks for errors or any fallback mechanisms.

Note: These versions try to inject new scripts into all suitable files. They don’t check if they have previous versions of the malware, which results in multiple infections of the same sites. Sometimes, the hjghjerg file contains code to replace previous payload with a new one. e.g. the examhome[.]net script to the learningtoolkit[.]club script. However, even in this case, it only takes care of one specific variation of their previous injection and neglects all other waves that used different scripts.

As you might have noticed, the injector uses the find command that starts searching for victim files from the server root level: “find / …”. This means that if the site and account isolation on the server is not good enough, even one compromised site will be enough to infect all sites that share the same account – or even the whole server, in a worst-case scenario.

Of course, it’s hard to break out of the account level using this approach, even if the find command locates files that belong to different accounts (which doesn’t happen on most properly configured shared servers). Most likely, the script will not have sufficient permissions to modify them – unless the files had too broad permissions (e.g. 666 or 777) in the first place. This could happen, for example, if those third-party sites had been infected with the same malware and then cleaned without restoring the original permissions (remember, the injector changes permissions to 777?).

Another approach used by the same campaign can theoretically be successful in breaking out of the compromised account on a small number of misconfigured shared servers since it only needs read permissions.

The following code is also found in some variations of the hjghjerg file.

This injector searches for all wp-config.php files on the server and then reads database credentials from them. After that, it connects to the mySQL database, searches for the “wp-posts” tables there, and appends the malicious scripts at the end of WordPress posts (post_content field).

On most modern shared servers, the scope of this injector will also be limited to the compromised account. However, if the account isolation is not properly configured (which still rarely happens on some servers of small/amateur hosting providers), all WordPress sites on the server can be infected because of just one vulnerable site.

This long-lasting malware campaign demonstrates that all aspects of website security matter. Hackers don’t go for just a single vulnerability. They use a constantly updated kit of tools and exploits that help them maximize the effectiveness of their attacks.

Fully patched themes and plugins, strong passwords changed after any compromise, correct server configuration and site isolation, strict permissions of files with sensitive data – missing any of these components increases chances of a website compromise.

If you believe your site has been compromised by this attack, we can help. Contact us immediately at (888) 766-3315, or send an email by clicking HERE.

If your website is very outdated it may be for the best to do complete redesign sooner rather than later. This should also improve your security immensely. Visit THIS page to learn more and get a quote. We have special offers in store for our repeated customers.

Massive WordPress Infections Reported!
Saturday, June 4, 2016
★★★★★
5 5 1
“Excellent ability & customer service. I could not have been more satisfied with their performance & will use them again.”
- Marc Rovner

Massive WordPress Infections Reported!
Thursday, September 22, 2016
★★★★★
5 5 1
“Working with Simplio Web Studio was a fantastic experience. The service provided was amazing and professional. It was a delight to work with Nir, who went the extra mile to meet our demands in a timely manner. He really made our vision a reality by creating us a classic site, but moreover the relationship we formed is something our company really appreciates. It was a pleasure working with Nir and the team at Simplio Web Studio. We highly recommend them to all and we look forward to working and doing more business with them in the future.”
- Joe Baj & Chris Callender

Massive WordPress Infections Reported!
Thursday, September 22, 2016
★★★★★
5 5 1
“From beginning to end, the team at Simplio provided top of the line customer service. The web developers are incredible and made sure we got exactly what we were looking for! They truly went above and beyond to make us happy and we couldn’t have been more pleased with their talents. We would highly recommend them. Thanks so much Nir!”
- Travis Caudell

Massive WordPress Infections Reported!
Thursday, September 22, 2016
★★★★★
5 5 1
“After over two years of research we chose Simplio. We are so far very satisfied. These people answered the phone on a Sunday and fixed a problem that was not even their fault. It was the host company which I had chosen that had caused our site to go down.”
- Armando Rodriguez

Massive WordPress Infections Reported!
Thursday, September 22, 2016
★★★★★
5 5 1
“They are now part of the Diastasis Rehab business team after working with them almost a year now. I cannot even imagine having another company managing my Presta shopping cart. After a bad experience with a programmer, I needed a new programmer (one that knew prestashop shopping cart) and most important one that I could trust. Finding all three was a difficult process! Lucky for me I found them. I cannot say enough about the diversity of services that this company provides. Every step of the way they make amazing suggestions to increase my sales and they get back to be right away either by email or phone. They have even created a simple and easy check out program for Presta Shop. They are actually a one stop shop! They updated my SSL, are setting up and changing my server to a dedicated one, setting up streaming of my DVD, website design, creating a specific program for address verification on Presta cart and handled the integration of Presta cart with my fulfillment house. I am now working on developing an APP with them”
- Julie Tupler

Massive WordPress Infections Reported!
Thursday, September 22, 2016
★★★★★
5 5 1
“Simplio really helped me out of a jam. They did exactly what I needed on a very tight time frame (with little notice too!!!!) They are my new go-to guys for any Prestashop needs! Thanks Simplio!”
- Gina Bultman

Massive WordPress Infections Reported!
Thursday, September 22, 2016
★★★★★
5 5 1
“Excellent service! Nir was exceptionally helpful in solving a lot of issues with our website and making the user experience more smooth. He understood the needs of our school and helped improve the website tremendously.”
- Chaya Tamir

Massive WordPress Infections Reported!
Wednesday, January 4, 2017
★★★★★
5 5 1
“What impressed me most about working with Simplio was their attention to detail and excellent communication. Not only are they talented developers, but, they are also pleasant to work with and highly professional. Highly recommended!”
- Nathan Manning

Massive WordPress Infections Reported!
Thursday, October 19, 2017
★★★★★
5 5 1
“What a profissional service Simplio offers.I hired them to rebuild my website for my business and they were creative and professional. Nir was on top of the whole project from day one, until he delivered the project on time. I will defiantly recommend Simplio to anyone who is looking for website services. From creating, designing to maintaining your image online. Good Job Nir and the rest of your group.”
- Tarek D.

Massive WordPress Infections Reported!
Thursday, March 29, 2018
★★★★★
5 5 1
“Simplio was fantastic to work with. They were fast, communicative and incredibly helpful to me. I highly recommend them to anyone who needs help with their digital needs!”
- KATHLEEN Manning

Massive WordPress Infections Reported!
Monday, January 28, 2019
★★★★★
5 5 1
“All details and requests were met in prompt an friendly manner. Would recommend on any day to anyone who wants to feel their business is in great hands.”
- Regina Z.