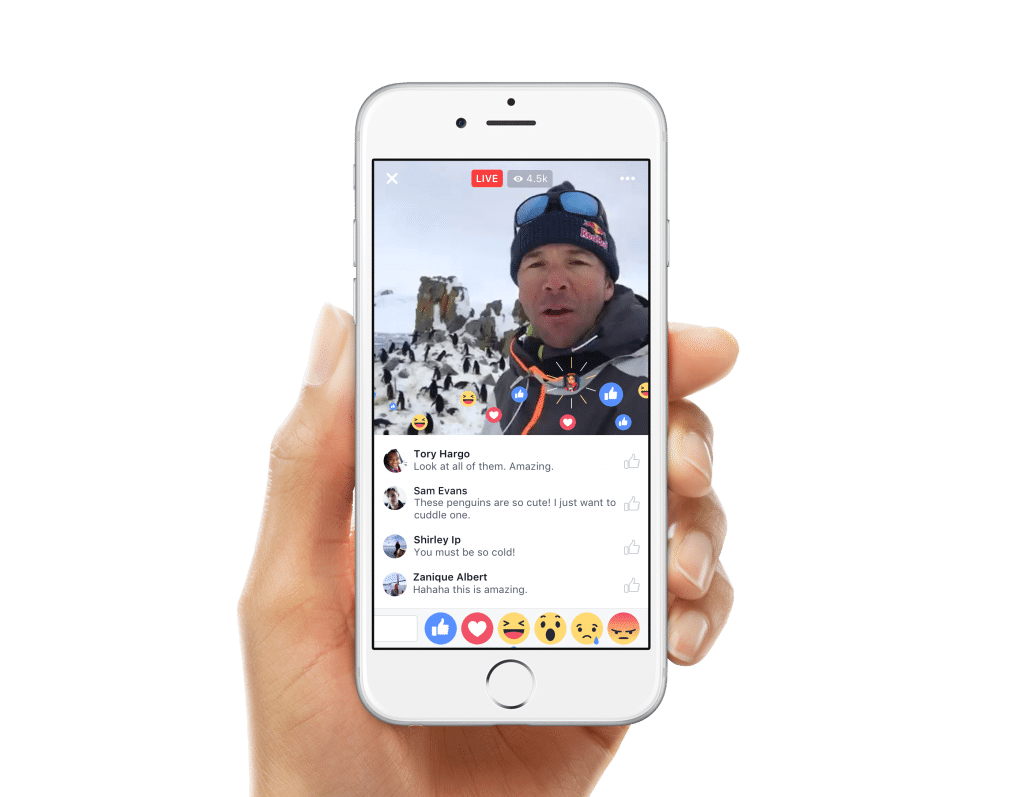 Facebook has a new feature which introduces a live video streaming platform that started receiving a lot of hits couple of weeks back. The best among those features was the ability to “go live” from the desktop and laptops computers. The creator of the video will be able to stream from their web browser to their facebook page.

You can also add live contributors to stream on your page. You can also highlight a comment by pin live comments. These features also make Facebook Live much more competitive with YouTube where daily users often record from their personal computers. There are few helpful and new features introduced by facebook recently. The six latest Facebook Live features and tools are mentioned below.

Facebook pages have now got this new ability to go live through the web browser on the laptop or desktop computers. Facebook claims that this feature makes it easier for the daily vloggers and various other broadcasters to upload their videos. Facebook Live enables users to go live and stream their videos via a web browser.

Facebook has also added the feature to pin comment below the live broadcast. Pinning comments to live video streaming and also highlighting them has become a major attraction to the Facebook Live users. In this way, you can highlight comments for the viewers and make it look livelier.

Facebook is also adding permalinks for the videos. There is a particular format for the video permalink which is like facebook.com/pagename/videos. If you are visiting the permalink, you will be able to see the live video if it is being broadcasted currently. Along with this, all the other live and non-live videos can also be viewed. It helps in easy accessibility for the user.

This feature gives special privilege to public figures including celebrities, politicians, and others to gain access to some new metrics for live and uploaded videos. The video insights for profiles metrics will include the below-mentioned points.

The live video which was streamed can now be published in multiple pages at once after the video streaming is complete. Earlier, uploaded videos could be cross posted only to pages that had different owners and same business managers.

Facebook Live Helpful New Features
Saturday, June 4, 2016
★★★★★
5 5 1
“Excellent ability & customer service. I could not have been more satisfied with their performance & will use them again.”
- Marc Rovner

Facebook Live Helpful New Features
Thursday, September 22, 2016
★★★★★
5 5 1
“Working with Simplio Web Studio was a fantastic experience. The service provided was amazing and professional. It was a delight to work with Nir, who went the extra mile to meet our demands in a timely manner. He really made our vision a reality by creating us a classic site, but moreover the relationship we formed is something our company really appreciates. It was a pleasure working with Nir and the team at Simplio Web Studio. We highly recommend them to all and we look forward to working and doing more business with them in the future.”
- Joe Baj & Chris Callender

Facebook Live Helpful New Features
Thursday, September 22, 2016
★★★★★
5 5 1
“From beginning to end, the team at Simplio provided top of the line customer service. The web developers are incredible and made sure we got exactly what we were looking for! They truly went above and beyond to make us happy and we couldn’t have been more pleased with their talents. We would highly recommend them. Thanks so much Nir!”
- Travis Caudell

Facebook Live Helpful New Features
Thursday, September 22, 2016
★★★★★
5 5 1
“After over two years of research we chose Simplio. We are so far very satisfied. These people answered the phone on a Sunday and fixed a problem that was not even their fault. It was the host company which I had chosen that had caused our site to go down.”
- Armando Rodriguez

Facebook Live Helpful New Features
Thursday, September 22, 2016
★★★★★
5 5 1
“They are now part of the Diastasis Rehab business team after working with them almost a year now. I cannot even imagine having another company managing my Presta shopping cart. After a bad experience with a programmer, I needed a new programmer (one that knew prestashop shopping cart) and most important one that I could trust. Finding all three was a difficult process! Lucky for me I found them. I cannot say enough about the diversity of services that this company provides. Every step of the way they make amazing suggestions to increase my sales and they get back to be right away either by email or phone. They have even created a simple and easy check out program for Presta Shop. They are actually a one stop shop! They updated my SSL, are setting up and changing my server to a dedicated one, setting up streaming of my DVD, website design, creating a specific program for address verification on Presta cart and handled the integration of Presta cart with my fulfillment house. I am now working on developing an APP with them”
- Julie Tupler

Facebook Live Helpful New Features
Thursday, September 22, 2016
★★★★★
5 5 1
“Simplio really helped me out of a jam. They did exactly what I needed on a very tight time frame (with little notice too!!!!) They are my new go-to guys for any Prestashop needs! Thanks Simplio!”
- Gina Bultman

Facebook Live Helpful New Features
Thursday, September 22, 2016
★★★★★
5 5 1
“Excellent service! Nir was exceptionally helpful in solving a lot of issues with our website and making the user experience more smooth. He understood the needs of our school and helped improve the website tremendously.”
- Chaya Tamir

Facebook Live Helpful New Features
Wednesday, January 4, 2017
★★★★★
5 5 1
“What impressed me most about working with Simplio was their attention to detail and excellent communication. Not only are they talented developers, but, they are also pleasant to work with and highly professional. Highly recommended!”
- Nathan Manning

Facebook Live Helpful New Features
Thursday, October 19, 2017
★★★★★
5 5 1
“What a profissional service Simplio offers.I hired them to rebuild my website for my business and they were creative and professional. Nir was on top of the whole project from day one, until he delivered the project on time. I will defiantly recommend Simplio to anyone who is looking for website services. From creating, designing to maintaining your image online. Good Job Nir and the rest of your group.”
- Tarek D.

Facebook Live Helpful New Features
Thursday, March 29, 2018
★★★★★
5 5 1
“Simplio was fantastic to work with. They were fast, communicative and incredibly helpful to me. I highly recommend them to anyone who needs help with their digital needs!”
- KATHLEEN Manning

Facebook Live Helpful New Features
Monday, January 28, 2019
★★★★★
5 5 1
“All details and requests were met in prompt an friendly manner. Would recommend on any day to anyone who wants to feel their business is in great hands.”
- Regina Z.