With Rio Olympics 2016 fully trending now, we bring you few of the best as well as the worst logos produced to promote the Olympic event. Modern Olympics was launched in 1896 and the most recognized graphic of the game which is five interlinked circles or rings was introduced first in 1912. But it only became popular after 1930s with the material of promotion targeting typography and symbolic depictions of the human figure. The Olympics of 1924 presented the first graphics which could be considered as a logo officially.

The line drawn for this Olympics had an outline that was shaped like a shield along with a ship at the center. Milton Glaser, an American Designer, deemed it as a bad start and also called the text unreadable. 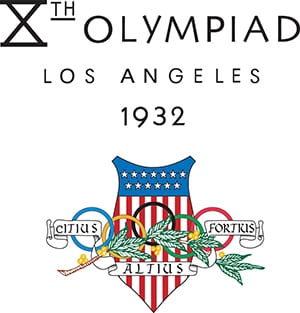 The logo mainly had a banner that was star spangled, with the game’s motto.

This was the first Olympics post the world war and had the five rings overlaid on each other above the Parliament building of London. 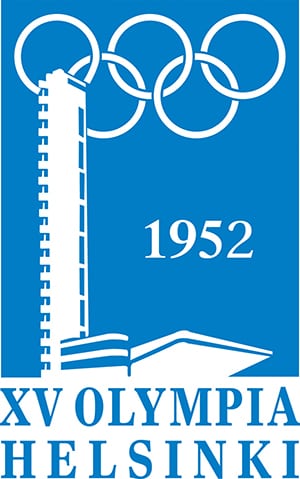 This blue and white logo took inspiration from the Finnish flag. Besides being used as a logo, it was also printed on badges which the dignitaries and guests of the game ceremonies wore. The design featured the stadium tower of Olympics in the front and the iconic five rings in the background over it. 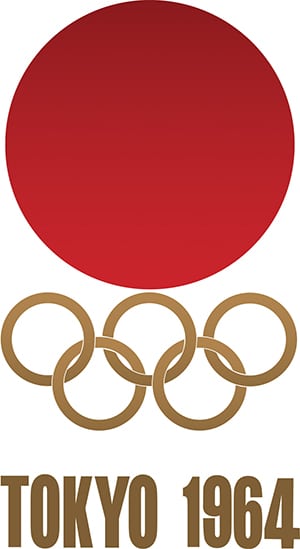 The symbol of Japan, bright and red sun, and the five rings above the words in “Tokyo 1964” in block bold letters was the logo.

This was designed by an American designer, Lance Wyman,. The logo revolves around a multi stroke typeface which embedded the Olympic rings into the number 68. The modified designs of this logo, along with patterns of diagonal lines and curves radiating, were used in a lot of places all over the city while the event was being promoted. 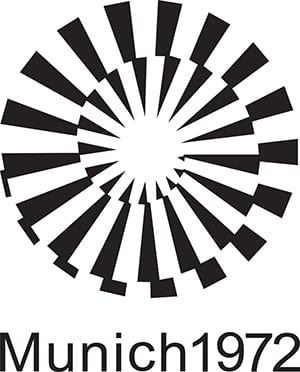 Though this Olympic is known for the tragic things that happened while the event took place, the logo is a creative graphic design. This design was developed by Otto Aicher, a German designer, who was among the first ones to drop the idea of showing the five rings which Glaser calls as a powerful abstraction. 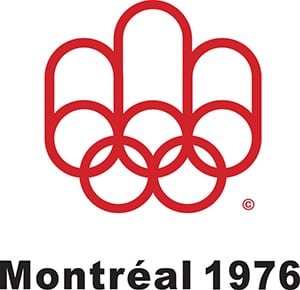 The Olympic rings were transformed to depict the letter M standing for Montreal. Glaser deems the design to be more fitting for a paper towel company. 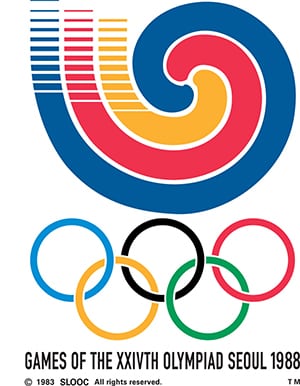 Glaser calls this design as Harmonious. The picture shows bold lines that are converging to convert into a circular pattern that is concentric, following the steps of Olympic rings. 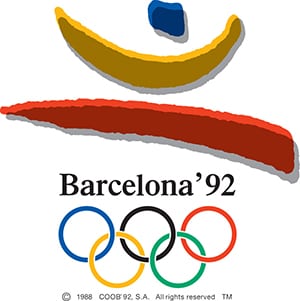 Three strokes coming from the structure of a jumping athlete is what the logo was. The selection of shapes and colors showed a clear relationship between the text and rings and the logo. 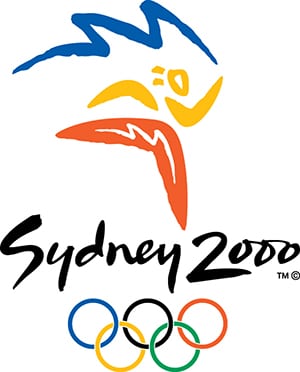 This design by Michael Bryce, an Australian designer and Architect, is a favorite of Glaser because of its lettering. The gestural ability of the logo and the typography makes it look harmonious. 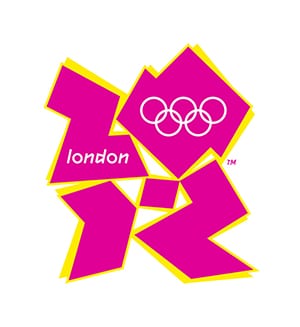 This logo would be visible on screens but the results were kind of controversial. The logo is remembered for all wrong reasons as it is as clumsy and the typography was garish. 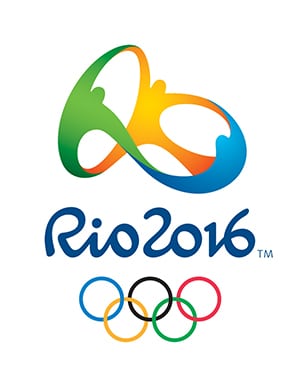 This logo felt like a new thing according to Glaser. It was designed by Tatil, a Brazilian agency after an elaborate selection process.

The Best and Worst Olympic Logo Designs
Saturday, June 4, 2016
★★★★★
5 5 1
“Excellent ability & customer service. I could not have been more satisfied with their performance & will use them again.”
- Marc Rovner

The Best and Worst Olympic Logo Designs
Thursday, September 22, 2016
★★★★★
5 5 1
“Working with Simplio Web Studio was a fantastic experience. The service provided was amazing and professional. It was a delight to work with Nir, who went the extra mile to meet our demands in a timely manner. He really made our vision a reality by creating us a classic site, but moreover the relationship we formed is something our company really appreciates. It was a pleasure working with Nir and the team at Simplio Web Studio. We highly recommend them to all and we look forward to working and doing more business with them in the future.”
- Joe Baj & Chris Callender

The Best and Worst Olympic Logo Designs
Thursday, September 22, 2016
★★★★★
5 5 1
“From beginning to end, the team at Simplio provided top of the line customer service. The web developers are incredible and made sure we got exactly what we were looking for! They truly went above and beyond to make us happy and we couldn’t have been more pleased with their talents. We would highly recommend them. Thanks so much Nir!”
- Travis Caudell

The Best and Worst Olympic Logo Designs
Thursday, September 22, 2016
★★★★★
5 5 1
“After over two years of research we chose Simplio. We are so far very satisfied. These people answered the phone on a Sunday and fixed a problem that was not even their fault. It was the host company which I had chosen that had caused our site to go down.”
- Armando Rodriguez

The Best and Worst Olympic Logo Designs
Thursday, September 22, 2016
★★★★★
5 5 1
“Outstanding in both knowledge and professionalism. Nir and the staff at Simplio are Excellent in branding, web design and overall web presence. Definitely recommended!”
- Peter Prudenzano

The Best and Worst Olympic Logo Designs
Thursday, September 22, 2016
★★★★★
5 5 1
“They are now part of the Diastasis Rehab business team after working with them almost a year now. I cannot even imagine having another company managing my Presta shopping cart. After a bad experience with a programmer, I needed a new programmer (one that knew prestashop shopping cart) and most important one that I could trust. Finding all three was a difficult process! Lucky for me I found them. I cannot say enough about the diversity of services that this company provides. Every step of the way they make amazing suggestions to increase my sales and they get back to be right away either by email or phone. They have even created a simple and easy check out program for Presta Shop. They are actually a one stop shop! They updated my SSL, are setting up and changing my server to a dedicated one, setting up streaming of my DVD, website design, creating a specific program for address verification on Presta cart and handled the integration of Presta cart with my fulfillment house. I am now working on developing an APP with them”
- Julie Tupler

The Best and Worst Olympic Logo Designs
Thursday, September 22, 2016
★★★★★
5 5 1
“Simplio really helped me out of a jam. They did exactly what I needed on a very tight time frame (with little notice too!!!!) They are my new go-to guys for any Prestashop needs! Thanks Simplio!”
- Gina Bultman

The Best and Worst Olympic Logo Designs
Thursday, September 22, 2016
★★★★★
5 5 1
“Excellent service! Nir was exceptionally helpful in solving a lot of issues with our website and making the user experience more smooth. He understood the needs of our school and helped improve the website tremendously.”
- Chaya Tamir

The Best and Worst Olympic Logo Designs
Wednesday, January 4, 2017
★★★★★
5 5 1
“What impressed me most about working with Simplio was their attention to detail and excellent communication. Not only are they talented developers, but, they are also pleasant to work with and highly professional. Highly recommended!”
- Nathan Manning

The Best and Worst Olympic Logo Designs
Thursday, October 19, 2017
★★★★★
5 5 1
“What a profissional service Simplio offers.I hired them to rebuild my website for my business and they were creative and professional. Nir was on top of the whole project from day one, until he delivered the project on time. I will defiantly recommend Simplio to anyone who is looking for website services. From creating, designing to maintaining your image online. Good Job Nir and the rest of your group.”
- Tarek D.

The Best and Worst Olympic Logo Designs
Thursday, March 29, 2018
★★★★★
5 5 1
“Simplio was fantastic to work with. They were fast, communicative and incredibly helpful to me. I highly recommend them to anyone who needs help with their digital needs!”
- KATHLEEN Manning

The Best and Worst Olympic Logo Designs
Monday, January 28, 2019
★★★★★
5 5 1
“All details and requests were met in prompt an friendly manner. Would recommend on any day to anyone who wants to feel their business is in great hands.”
- Regina Z.