Logos are designed keeping in mind various factors and considerations. A lot goes behind the scenes when a logo is developed. Last time, we posted the first part of these logos with hidden meanings. Here we bring to you the second part of our list. Check them out below!

The logo of Google has got 4 primary colors that are arranged in a row which is later fragmented through secondary colors. This idea was totally intentional. Google wanted to make it evident that they don’t follow the rules. Besides, they also want to show they are playful as they haven’t made the symbol look bulky. For that, they just made use of simple colors and letters.

The logo of IBM, too, has got hidden message that is there for the world to see. Those white lines which pass through the logo present the appearance that an equal sign has, which is at the right corner to the bottom. This represents equality.

The old logo of the Pepsi is a circle with red and blue color and has got a white curved line passing through the diameter. However, they new logo of the Pepsi is also quite famous now and has cost the company one million dollars. They teamed with Arnell Associates to make the logo. Pepsi has to spend millions rebranding everything. It was called a spectacular design strategy. The new logo is a kind of a Day Vinci Code. The logo is inspired from the Renaissance, Feng Shui, Geodynamo of earth, the Theory of Relativity and a lot of other stuff. 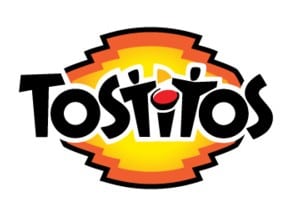 Tositos is too much popular. The two Ts in the middle depict two friends who are sharing few tortilla chips along with salsa. 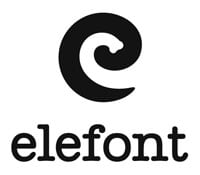 The blank space that is in the logo which is an E in the lower case is nothing but an elephant trunk!

The moment you look at the logo, it just looks like an African map. But when you look at it closely, you will see that a child and an adult are facing one another.

We all love these chocolates don’t we? And we never actually took time to observe the awesomeness of the logo. The logo is of a mountain which has got snow over it, which is shown by the white space. But take a closer look and you will find a polar bear on it. This is because Toblerone originated in Bern, Switzerland that is popularly known as the city of bears. 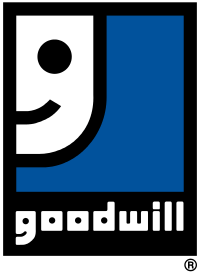 The G in the Goodwill is nothing but a smiling face. Awesome! Isn’t it? 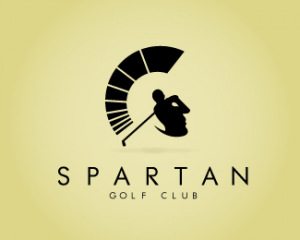 This logo is totally genius. If you look at the logo in a way, it looks like a helmet of a Spartan. If you view it in another way, it is a Golfer who has taken a swing. 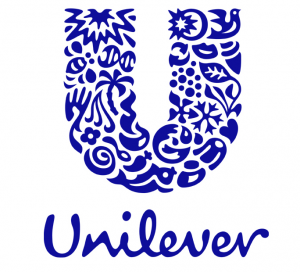 The products of Unilever are so versatile that at times it is difficult to maintain a track of all their products. To our fortune, all the symbols in the logo stands for all products they produce.

Clever Logos with Hidden Meanings (Part 2) was last modified: May 29th, 2016 by Marie

Clever Logos with Hidden Meanings (Part 2)
Saturday, June 4, 2016
★★★★★
5 5 1
“Excellent ability & customer service. I could not have been more satisfied with their performance & will use them again.”
- Marc Rovner

Clever Logos with Hidden Meanings (Part 2)
Thursday, September 22, 2016
★★★★★
5 5 1
“Working with Simplio Web Studio was a fantastic experience. The service provided was amazing and professional. It was a delight to work with Nir, who went the extra mile to meet our demands in a timely manner. He really made our vision a reality by creating us a classic site, but moreover the relationship we formed is something our company really appreciates. It was a pleasure working with Nir and the team at Simplio Web Studio. We highly recommend them to all and we look forward to working and doing more business with them in the future.”
- Joe Baj & Chris Callender

Clever Logos with Hidden Meanings (Part 2)
Thursday, September 22, 2016
★★★★★
5 5 1
“From beginning to end, the team at Simplio provided top of the line customer service. The web developers are incredible and made sure we got exactly what we were looking for! They truly went above and beyond to make us happy and we couldn’t have been more pleased with their talents. We would highly recommend them. Thanks so much Nir!”
- Travis Caudell

Clever Logos with Hidden Meanings (Part 2)
Thursday, September 22, 2016
★★★★★
5 5 1
“After over two years of research we chose Simplio. We are so far very satisfied. These people answered the phone on a Sunday and fixed a problem that was not even their fault. It was the host company which I had chosen that had caused our site to go down.”
- Armando Rodriguez

Clever Logos with Hidden Meanings (Part 2)
Thursday, September 22, 2016
★★★★★
5 5 1
“They are now part of the Diastasis Rehab business team after working with them almost a year now. I cannot even imagine having another company managing my Presta shopping cart. After a bad experience with a programmer, I needed a new programmer (one that knew prestashop shopping cart) and most important one that I could trust. Finding all three was a difficult process! Lucky for me I found them. I cannot say enough about the diversity of services that this company provides. Every step of the way they make amazing suggestions to increase my sales and they get back to be right away either by email or phone. They have even created a simple and easy check out program for Presta Shop. They are actually a one stop shop! They updated my SSL, are setting up and changing my server to a dedicated one, setting up streaming of my DVD, website design, creating a specific program for address verification on Presta cart and handled the integration of Presta cart with my fulfillment house. I am now working on developing an APP with them”
- Julie Tupler

Clever Logos with Hidden Meanings (Part 2)
Thursday, September 22, 2016
★★★★★
5 5 1
“Simplio really helped me out of a jam. They did exactly what I needed on a very tight time frame (with little notice too!!!!) They are my new go-to guys for any Prestashop needs! Thanks Simplio!”
- Gina Bultman

Clever Logos with Hidden Meanings (Part 2)
Thursday, September 22, 2016
★★★★★
5 5 1
“Excellent service! Nir was exceptionally helpful in solving a lot of issues with our website and making the user experience more smooth. He understood the needs of our school and helped improve the website tremendously.”
- Chaya Tamir

Clever Logos with Hidden Meanings (Part 2)
Wednesday, January 4, 2017
★★★★★
5 5 1
“What impressed me most about working with Simplio was their attention to detail and excellent communication. Not only are they talented developers, but, they are also pleasant to work with and highly professional. Highly recommended!”
- Nathan Manning

Clever Logos with Hidden Meanings (Part 2)
Thursday, October 19, 2017
★★★★★
5 5 1
“What a profissional service Simplio offers.I hired them to rebuild my website for my business and they were creative and professional. Nir was on top of the whole project from day one, until he delivered the project on time. I will defiantly recommend Simplio to anyone who is looking for website services. From creating, designing to maintaining your image online. Good Job Nir and the rest of your group.”
- Tarek D.

Clever Logos with Hidden Meanings (Part 2)
Thursday, March 29, 2018
★★★★★
5 5 1
“Simplio was fantastic to work with. They were fast, communicative and incredibly helpful to me. I highly recommend them to anyone who needs help with their digital needs!”
- KATHLEEN Manning

Clever Logos with Hidden Meanings (Part 2)
Monday, January 28, 2019
★★★★★
5 5 1
“All details and requests were met in prompt an friendly manner. Would recommend on any day to anyone who wants to feel their business is in great hands.”
- Regina Z.